Driving Under the Influence of Alcohol or Drugs

All DUI cases start with a motor vehicle stop for a traffic violation, accident, sobriety checkpoint or random police interaction. The police then request identification in the form of license and registration and eventually ask you out of the car to have you perform field sobriety testing and eventually request you to have a breath or blood test.

What the police fail to consider in their evaluation of you is that it is not illegal to drink and drive unless the alcohol or drugs impairs your ability to drive safely.

This is why an experienced trial lawyer is critical.

An experienced trial lawyer, like Michael Parlow or Paul Lang, argues to judges and juries that bad driving behavior can result from changing radio stations, reaching for cell phones, distraction from passengers and not from alcohol or drugs in your system.

Additionally, the police have never dealt with you before. How do they know whether you wear contact lenses or have other conditions that effect the way you speak or act. Many people have had surgeries or injuries which effect balance and coordination.

Michael Parlow and Paul Lang use these innocent explanations of behavior to protect your constitutional rights from illegal stops, searches and arrests.

This motion should be filed in every DUI case involving alcohol, illegal drugs or prescription drugs whether it's someones first, second, third or fourth DUI. This motion can be used to eliminate the results from field sobriety testing and your blood or breath test. Once this evidence is eliminated the prosecution of you is nearly impossible.

Michael Parlow and Paul Lang have successfully used this motion to challenge car stops, checkpoints, arrests and other police interaction to eliminate critical evidence against you.

Trial by Judge and Jury

When you are charged with a first offense DUI, or a second offense DUI when your alcohol level is below 0.16, you are only entitled by law to a trial before a judge. The judge can find you not guilty or suppress the evidence against you, which would handicap the prosecution's case. Any second or subsequent offense with a level above 0.16 or drugs is entitled to a trial before a jury. A jury can consider the explanations for driving and coordination as outlined above as well as the standard errors in machine testing to find reasonable doubt and find you not guilty.

You need and experienced litigator like Michael Parlow or Paul Lang to develop a strategy tailored to your case.

Witnesses such as accident reconstructionists and toxicologists must be consulted with, in most cases, in Motions to Suppress and Trials to be successful. These experts can testify that an accident did not occur because of drinking and driving and/or explain someones ability to drive or perform poorly on field testing was not from drugs or alcohol. A toxicologist can also be used to explain blood and breath testing is not an accurate science. This testimony can eliminate or reduce alcohol and drug levels in certain cases. 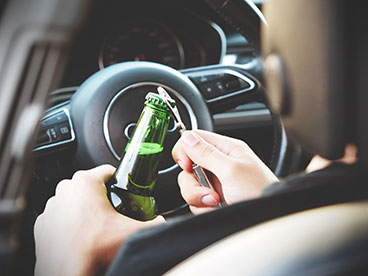 There are special programs for first time offenders called ARD. In most counties, to be eligible for ARD you must have no prior criminal history, no accidents and be properly licensed and insured.

We have successfully assisted individuals to gain ARD acceptance despite accidents and injuries or prior criminal history.

DUI cases can range from probation to jail. Higher alcohol levels and the number of DUI's within a ten-year time frame increases the time in jail. Additionally, a license suspension will be imposed.

Third and subsequent: ten days or ninety or one year in jail. 18 months license suspension and interlock.

The district attorneys in all counties are open to negotiations.

We use the above motions, trial issues and experts to convince the prosecutor to place individuals on probation, house arrest, work release or into in-patient programs instead of jail.

We have been successful in lowering alcohol and drug levels to decrease length of jail sentences and license suspensions.

To arrange a free confidential consultation with an experienced DUI defense lawyer and to receive specific legal advice on how our firm would defend you in your DUI case, please call us for a free, no obligation criminal defense legal consultation. All calls are strictly confidential. Please call (215) 639-4400.

Photo by energepic.com from Pexels

Attorney was very helpful . Highly recommended . and affordable . In almost all DUI cases you loose you drivers License which would of affected my life tremendously. Since my Job is driving he fought to keep my driving privilege and in turn keep my job. Can't thank him enough. Complete and caring attorney. Thank you again .

Cannot say enough amazing things about Michael Parlow. There is absolutely no other lawyer to contact if you need representation. He is thorough, organized and extremely flexible. He helped and guided me through the whole process and took time even during the weekends to accommodate me.

I'm a first time DUI offender. Mr. Parlow was outstanding. He was very caring during my time of need. Not only did he get me into ARD, but he also was able to get my BAC reduced from .159 to .099 to avoid a 30 day suspension of my license. This was very critical for me. I am able to get my wife to her appointments without uber or lyft. Also I'm able to continue my duties where i am employed. Excellent job Michael!